Five years ago, in May of 2012, I found myself a couch potato, overweight and not happy with many things in my life. I had begun walking for exercise, but my feet were constantly hurting and causing me pain, thus influencing my mindset of “do I really want to exercise”. I walked into my neighborhood Fleet Feet Running Store, simply to get fitted for a nice pair of walking shoes. Little did I know that this decision would be one of the best decisions of my life. Not only did I get a new pair of shoes, but I was also convinced to come back and join one of their running programs called No Boundaries. This was a 10-week program designed for beginning runners, to prepare us for a 4-mile race on July 4th! What? I had never run in my life, in fact, I had never had a desire to run. Was I crazy?

What began five years ago has changed my life completely. Yes, I managed to complete that first race, on July 4, 2012. Not the fastest time in the world, but certainly not the slowest. Fast forward five years and 33 races later, to June 24, 2017 – and I found myself participating in the Inaugural Glacier Half Marathon, my 34th race, along the outskirts of Glacier National Park, but by far, my most challenging and difficult. More about that in a bit.

I have learned so much about running over the past five years. Yes, all the technical aspects, the training, the hydration, the nutrition, the pace, tempo, cadence, etc. – but the joy in my heart goes well beyond all of that. Without a doubt, the people, and the friendships I have formed along the way have been the most rewarding. I found another “community” to become a part of. I found people who shared the same fears as I did, who had the same reservations about starting a new running program because they didn’t think their bodies were the right shape to run a race. I have met, and continue to meet some of the most amazing people. Many of these have become my friends and family, always there to support each other through challenging training runs, tough races, cold and wet mornings, thunderstorms, and through good times and bad. Without these people, and without them holding me accountable to crawl out of bed at 6:00 a.m. in January, this journey would not have happened.

My lessons to share here? I stepped out of my comfort zone. I found and joined a community of likeminded people, some would call a circle of influence. I surrounded myself with those who had some of the same goals and aspirations, and I relied on those people to help hold me accountable. (and you know what, imagine my surprise when I learned some of these people were also in the development and fundraising world, and the world of nonprofits! We’re everywhere!)

Now, back to this 34th race. When I visited Glacier National Park three years ago, I knew I would go back, but wasn’t sure when that would happen. Last September, the company who manages races at national parks throughout the country announced there would be an inaugural race at Glacier in June of this year. I thought about it, debated if I were up to the challenge or not, and made the decision in November to sign up! By this time, I had only run three other half marathons, all at the Outer Banks of North Carolina –which is flat as can be. I decided I would go, not to break any of my records, but to challenge myself physically and mentally, and to enjoy the beauty around me.

My training this spring didn’t exactly go as planned. While I ran short distances a few days a week, I never found, or should I say, made the time to find hills for those longer runs that I would experience at Glacier. I knew I was going to be hiking three to four days before the race, so I thought I would be okay. The day before the race, I drove the course and for the first time, my mind said, “oh crap, what in the world have I gotten myself into”. I was honestly scared, irritated at myself for not training more and asking myself what was I thinking! Too late now though, time to suck it up and make it happen.  Why the fear? Only a 900-foot elevation climb over the first five miles of the race!

Without sharing all the sweaty, aching details, I can tell you that I indeed finished the race. After the brutal uphill climb of the first five miles, the next five were all downhill, and the last three were rolling, but not anywhere near the elevation gain of the first segment. I honestly surprised myself with my time, and I’m not embarrassed to say I finished my 4th half marathon with a time of 2 hours and 37 minutes. Considering the terrain, altitude, and lack of uphill training on my part, I was pleased. And considering the numerous stops for photos and seflies, I wouldn’t trade it for anything. Physically, this was the most challenging thing I have ever asked my body to do, but the reward and sense of accomplishment I feel will remain in my memories for years to come. I am proud that I was the 950th runner to cross the finish line. One of the coolest things about running, unless you’re competing for money or awards, is that the focus is not on how fast or how slow you complete the race, the focus is on your personal journey, competing with yourself and finishing.

I’ll wrap up by encouraging each of you reading this to do something outside of your comfort zone, to challenge yourself to learn something new, try something different and push yourself – whether mentally or physically. You will surprise yourself with what you are able to accomplish.

Fill out the form below to learn how to receive your largest gift ever.

Would you like to learn how our fundraising consulting and coaching services can transform your organization’s fundraising effectiveness?

Schedule a 15-minute call with Bill Crouch and learn more.

no thanks, next time.

Fill out the form below to schedule your discovery appointment. 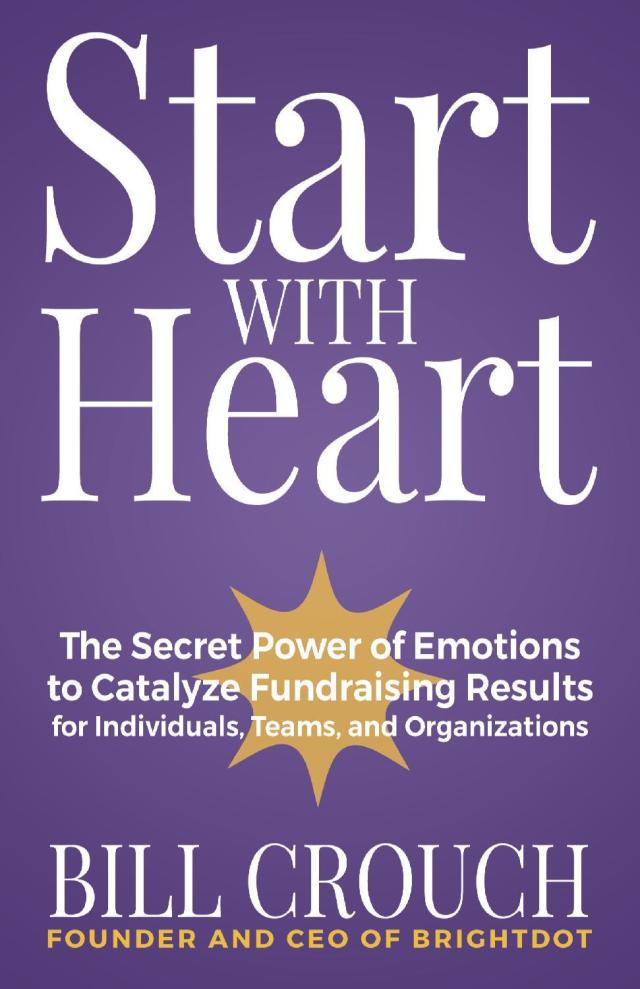